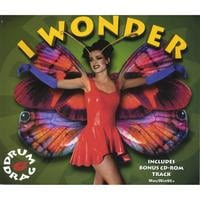 One potential drummer for The Cover Gurlz is Lilith LaCroix who "has been described as Sheila E meets Priscilla Queen of the Desert - she's New Zealand's own drumming drag queen, and she's loved by all as a national treasure."

Lilith has released a CD called "I Wonder" (pictured at right) and youtube hosts some terrific video of her performing live.

As Lilith has previously explained, a project like The Cover Girls can prove irrisistible: "Drag is like the car accident of performance. No matter how horrific is seems, you have to stop and have a look."

In one interview, Lilith explained the appeal of drag drumming:

Lilith LaCroix is talented and beautiful, which easily makes her a prospective member of The Cover Gurlz.